Connecting first- and second-generation immigrants with the greater NYC community 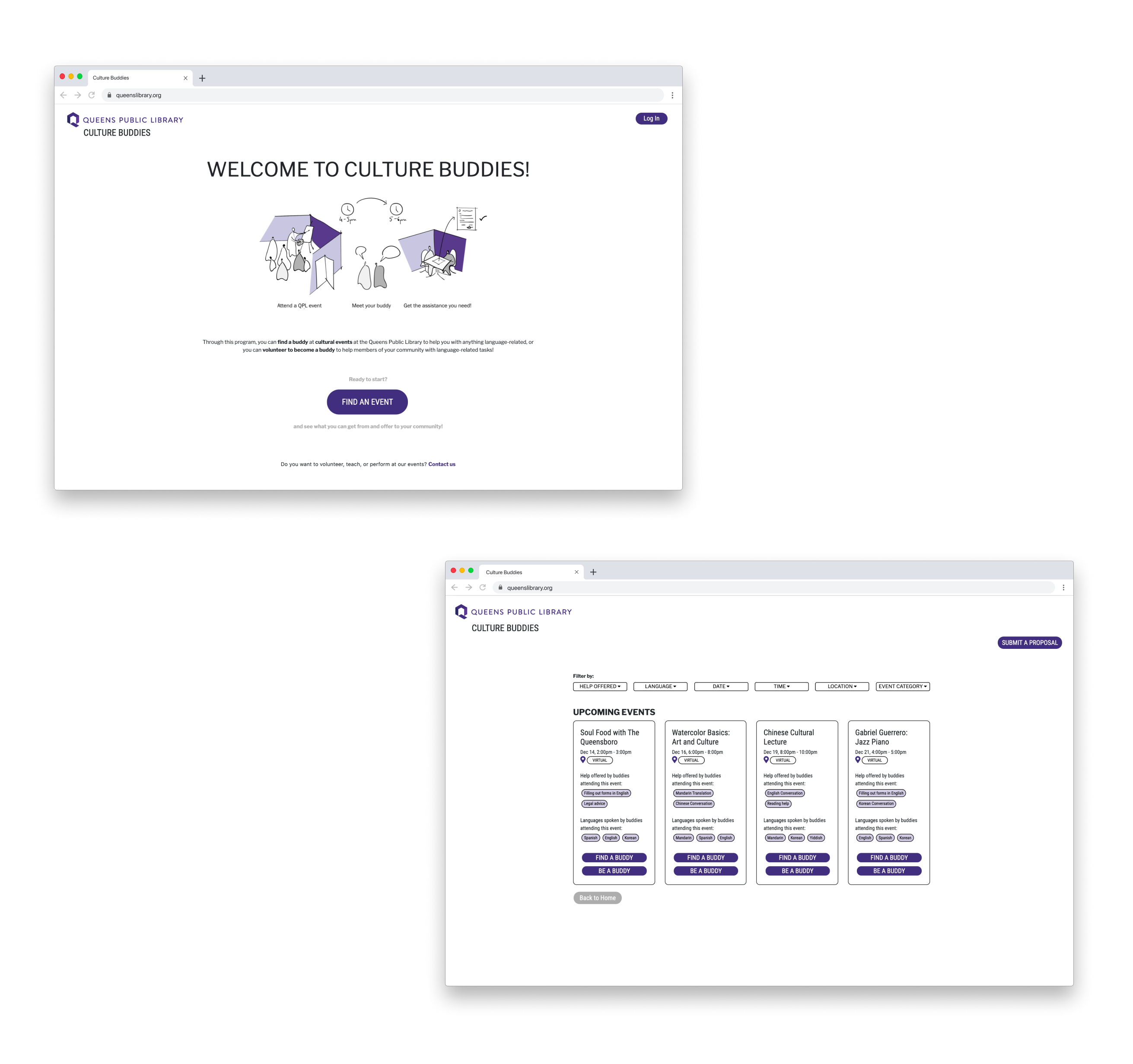 Culture Buddies is a project created as part of the Public Interest Technology course at Columbia University. I was a researcher, designer, and developer on this project. I was one of two Computer Science students who collaborated with an Architecture student and a Journalism student to research, design, and develop a web application to serve as a mutual aid network for language assistance in New York City. This case study is a condensed version of the original case study written for this project, which can be found here.

When we began our project, our original prompt was "How can libraries better help non-English speakers?", and our area of focus was Queens Borough in New York City. In addition, we wanted our project to be a public interest technology, or a technology built entirely for the benefit of a general public. We thus sought to answer the question:

Can Public Interest Technology (PIT) be designed for libraries, which have a history of welcoming immigrants, to better help non-English speakers thrive in the United States?

Culture Buddies is a program allowing people attending a Queens Public Library (QPL) event to be paired together to stay on after the event to assist each other with a language needs. It is geared towards anyone residing in broader New York City, who would like to attend at least one QPL event, has access to a computer/smartphone and an internet connection, and is willing to meet other members of their community to receive or give language-related assistance. 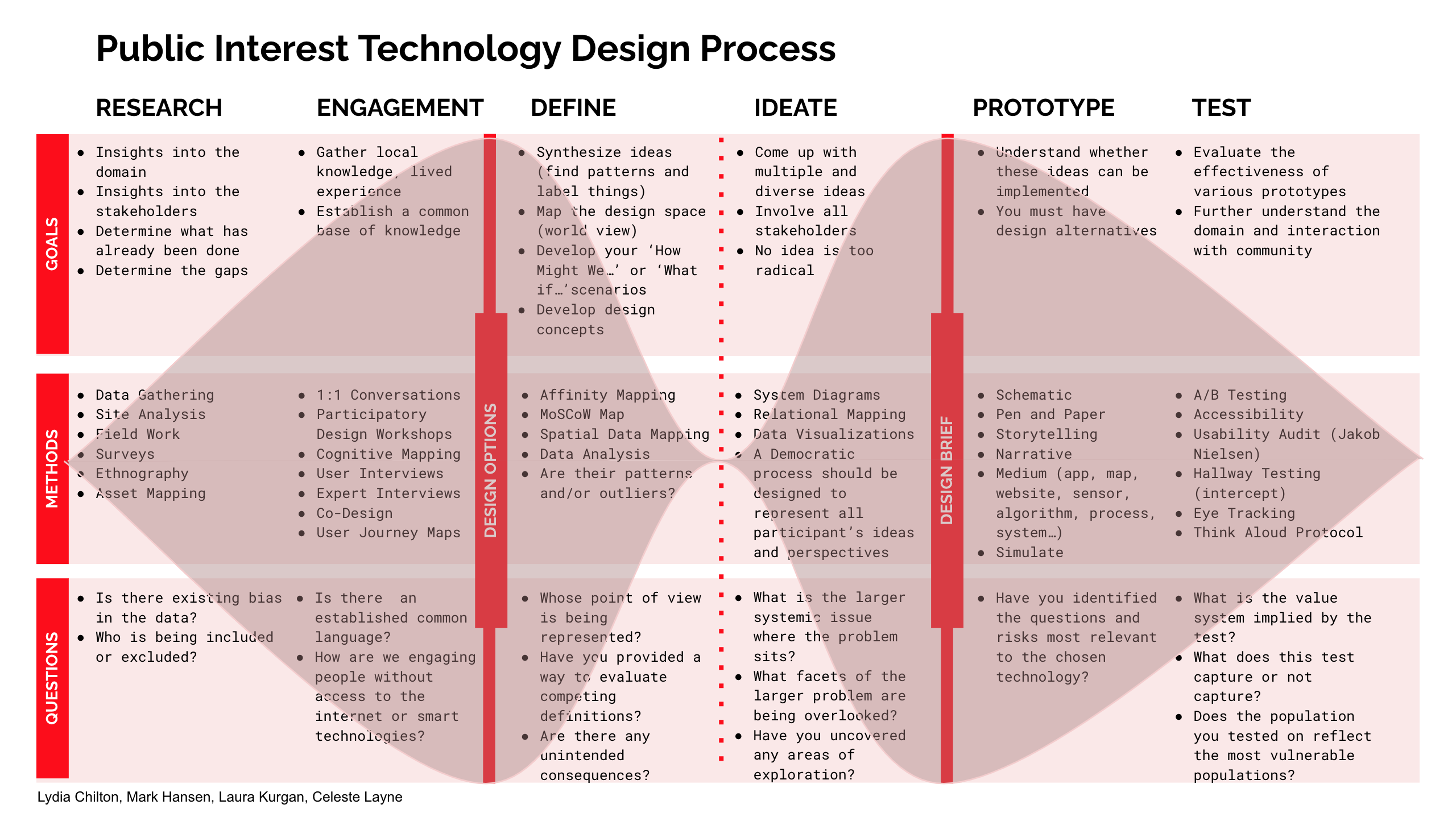 Our first step in the research process was to determine which populations we wanted to focus on. Our background research helped us further understand language barriers in Queens as well as the geographical distributions of subpopulations of language speakers. We also found that the Queens Public Library (QPL) offers several resources for immigrants and English learners. Additionally, we found that there are several policies in place both on the macro-level (Executive Order No. 120 and Local Law 30) and on the meso- and micro-level (Transparent Language Online and Cell-Ed). 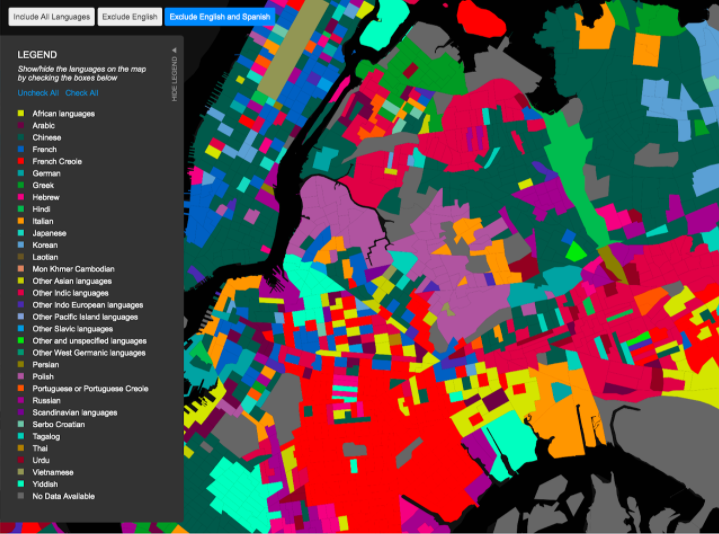 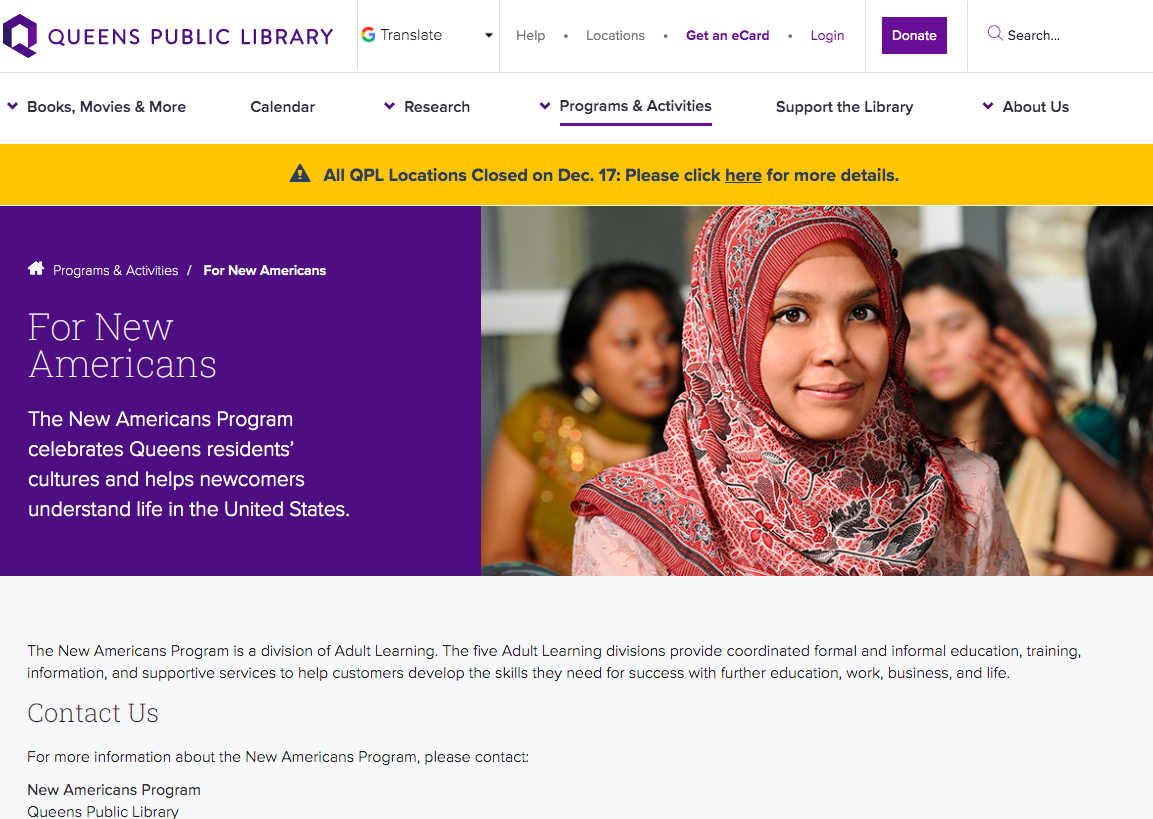 A map of Queens' linguistic diversity to the left, and the QPL's "For New Americans" page on the right.

Engaging with our target users

A user persona and corresponding journey map I created as part of our research analysis.

After analyzing the insights garnered in the research process using our user personas and journey maps, we realized that the library and the New Americans Program had already put lots of effort trying to provide accessibility for low income families, developing programs to assist immigration issues and providing language services. We detected that it was necessary to put more effort in the integration of culture within language services, bridging the intergenerational gap and improving the outreach strategies about the existing services.

Throughout the research and engagement processes, we reframed our problem statement to encompass three questions:

During the brainstorming process we ideated a flood of ways to address each of our questions, most notably including a tandem mutual aid platform and an events submission and advertising platform. During the process, the most important question that influenced our design was, "How we can develop a tool that can touch on multiple generations and address larger societal issues without leaving any vulnerable groups behind?" 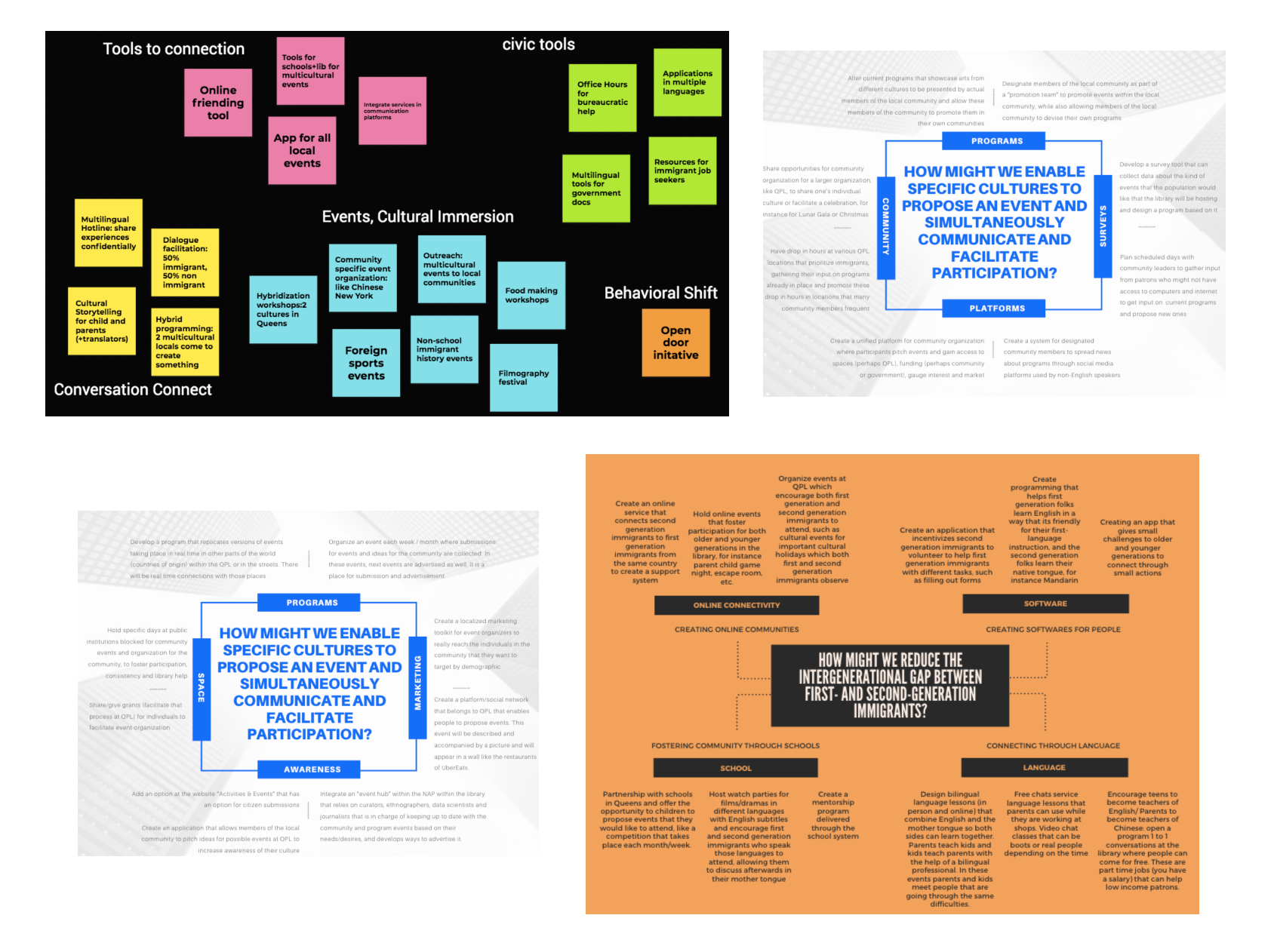 Bringing our ideas to life

We created multiple low-fidelity prototypes, including a database of activity providers for QPL, a tandem mutual-aid platform, an event-organizing app for the community, and a localized marketing toolkit. Despite having four low-fidelity prototypes, we eventually decided to combine the events app with the tandem platform as well as integrating the database of activity providers after getting feedback to do so, as there was co-existing synergy between getting help/offering help to the community and creating community participation in events.

As we tested our initial low-fidelity prototypes on target users, we found that users stated that our interface was not very easily accessible, and the purpose of the application was difficult to understand. Considering that as a Public Interest Technology project, our goal is to create technologies for groups of people who may not possess the same understanding of technology as we do, we iterated on our prototypes to make the purpose more clear and accessible.

...and continuing to fix those problems

We iterated over those prototypes again, creating both design and technical prototypes. Given our feedback from user testing, we continued to struggle with making our platform easy to understand. In each iteration, we continuously changed the language of our prototypes, using simpler, less academic terms to ensure we were not excluding certain populations. The feedback we received on the following prototypes was generally positive and emphasized ease of usability, something that we had made our goal from the start since our program was designed for use particularly by immigrants and non-English speakers. 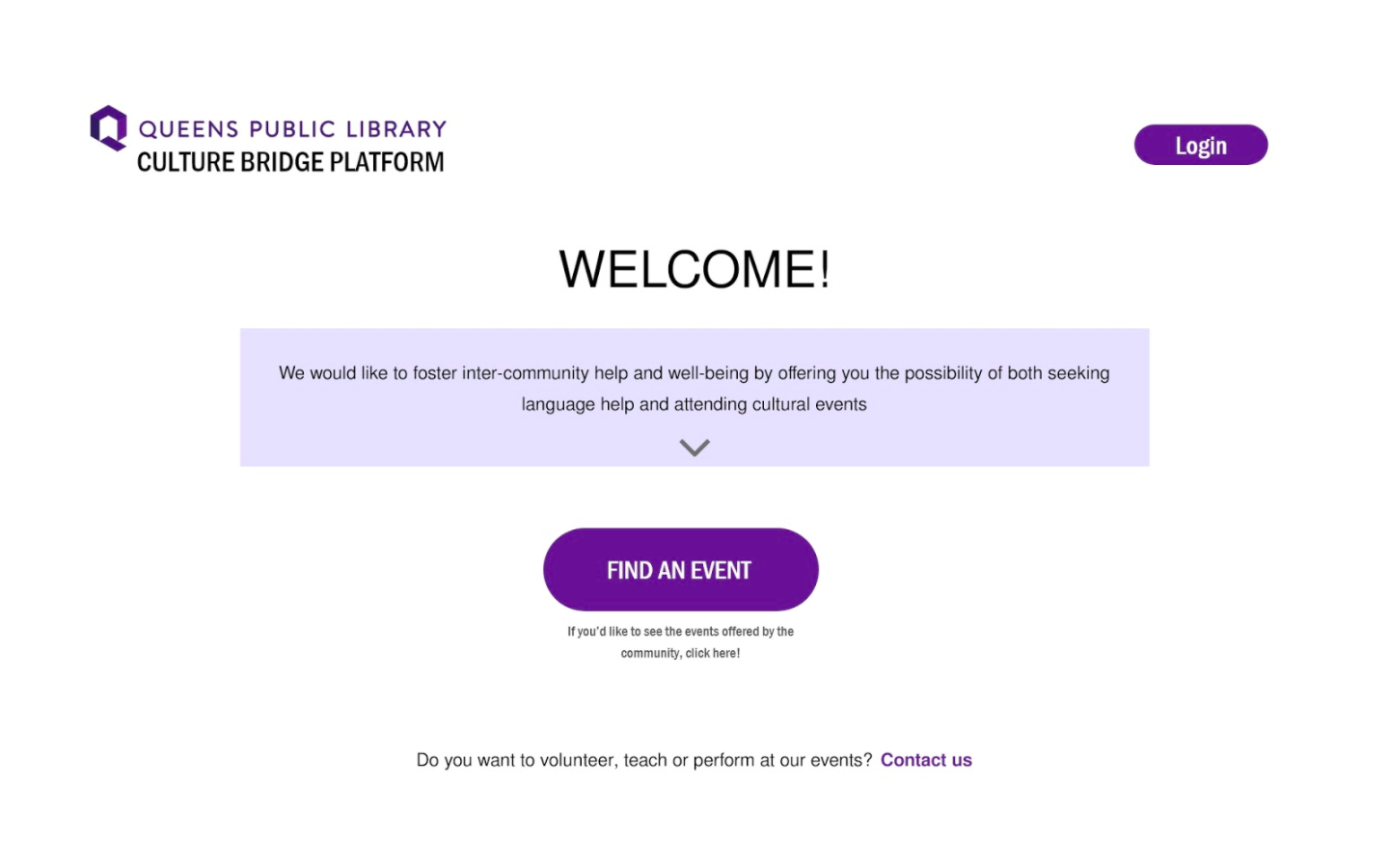 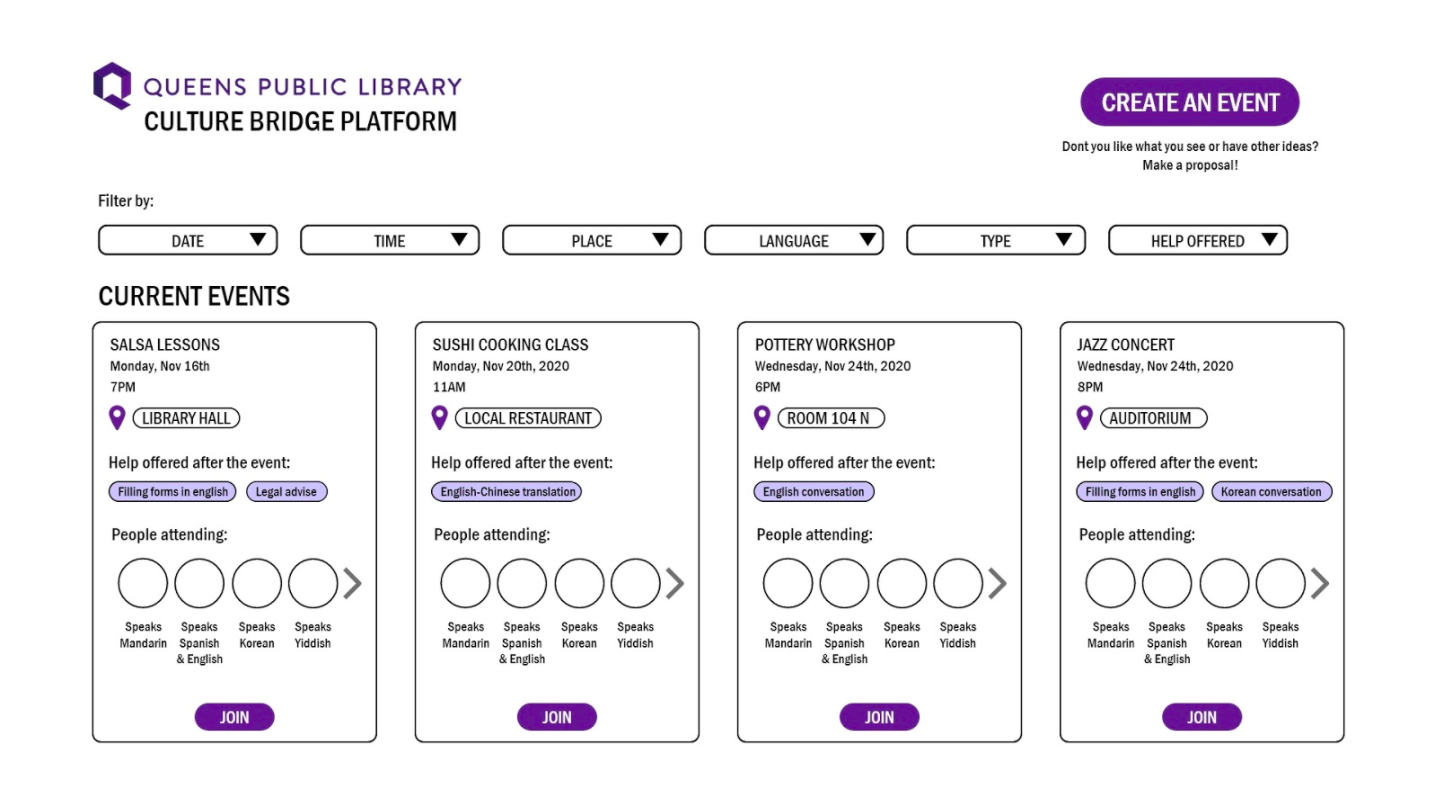 Design prototypes, having been further iterated on. 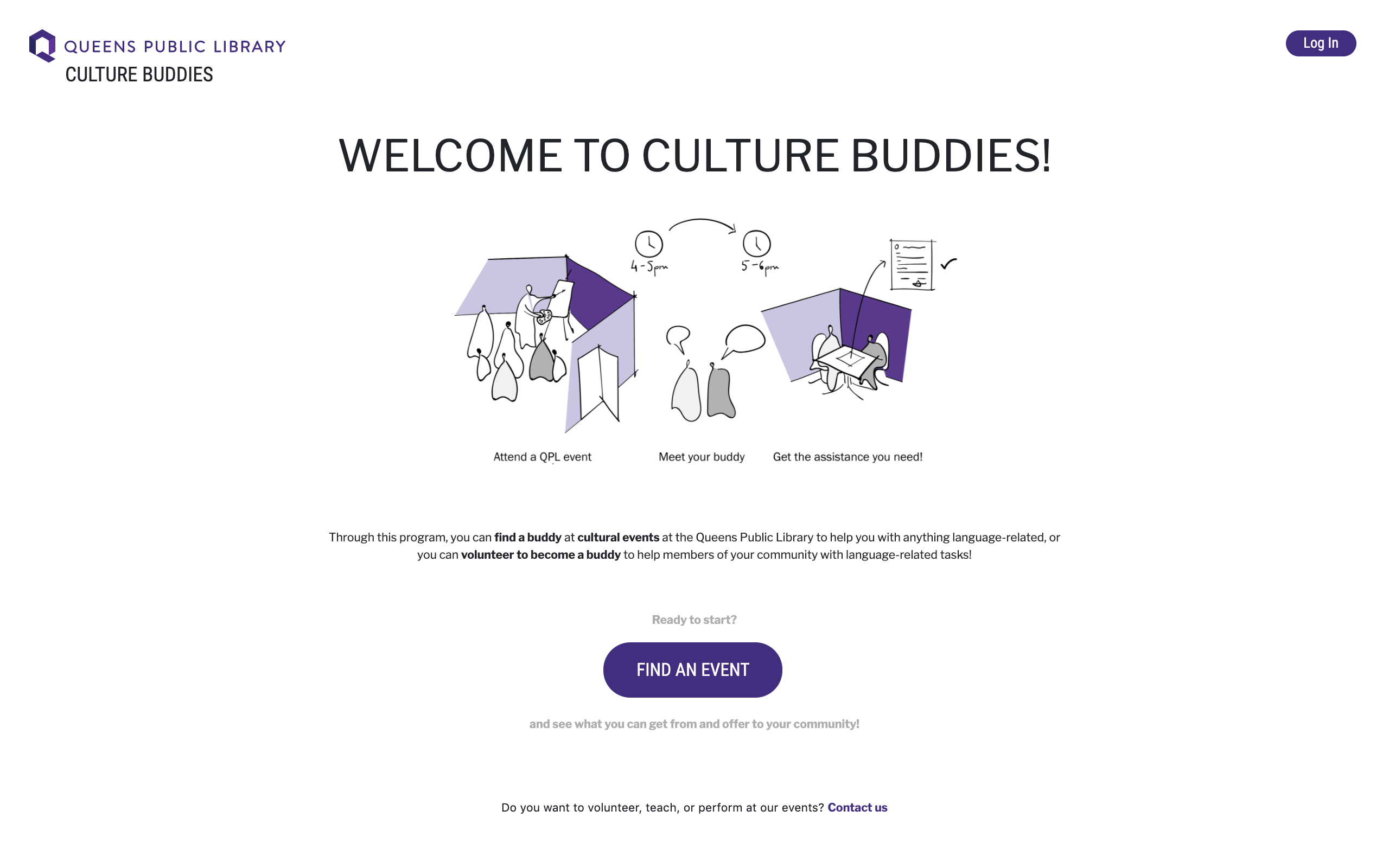 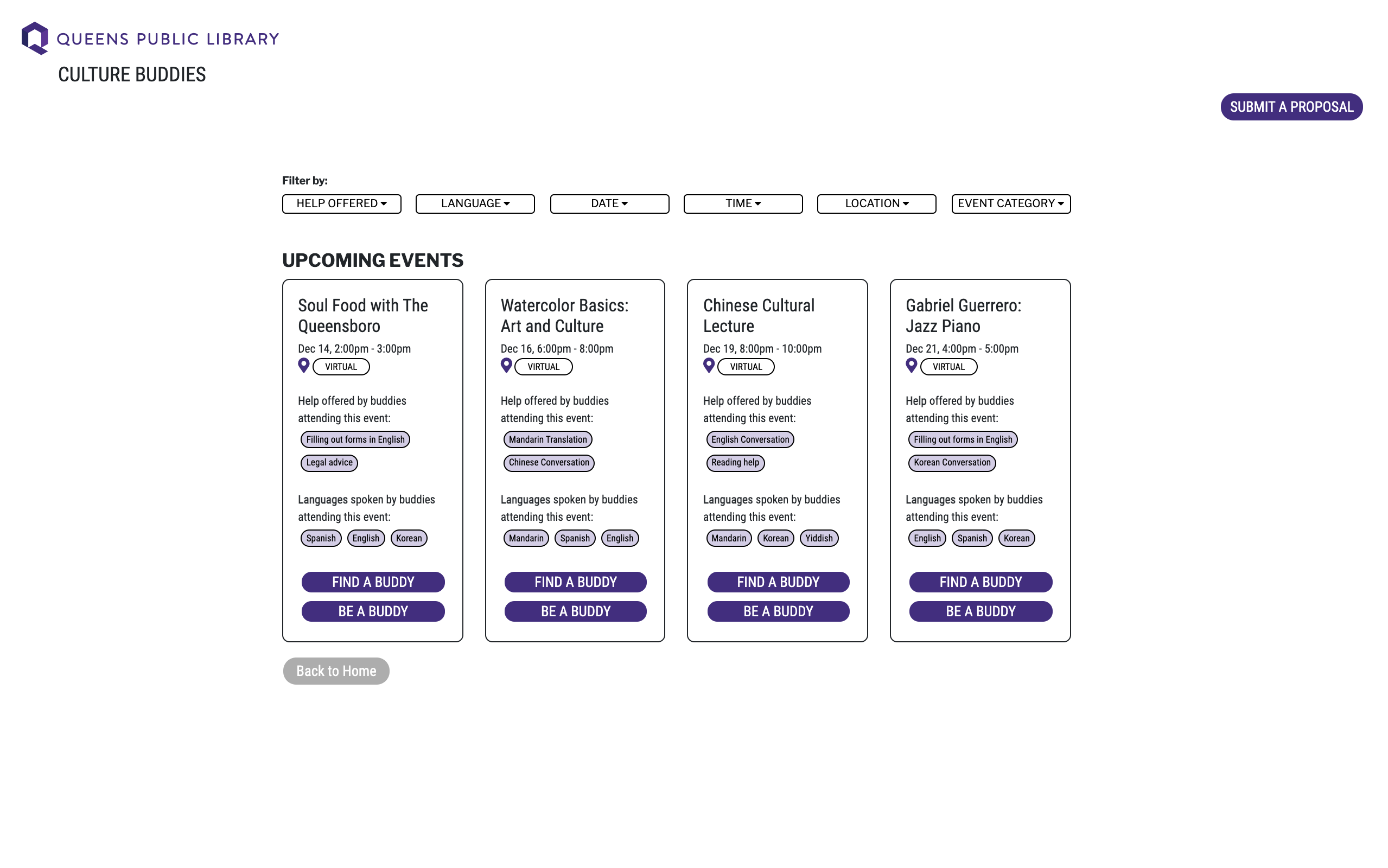 Screenshots of technical prototypes, having iterated on the above design prototypes.

Taking a public interest technology approach on this project forced me to think about our target users from a different lens. Often, when designing digital products, there is a specific target demographic in mind that the product serves, and designers only really need to design for that target demographic. However, with public interest technology, our goal is to design something that is usable and accessible by all populations, even the most vulnerable ones. Keeping this in mind, throughout our project, I learned a lot about how to make our program more accessible, in terms of both usability and understandability of the purpose and language of the program. Taking a public interest technology approach to design is something that requires empathy and understanding, something I became more aware of as I progressed through our project.